Being able to reuse animations saves budget, utilizing Unreal4's animation re-targeting system has been a blessing & a curse. :P

The "snek" is a bigger character, so I tried to keep as many of the animations as faithful as possible while keeping his general silhouette close to his body. A lot of these characters have to share devices & doors that otherwise wouldn't make sense. 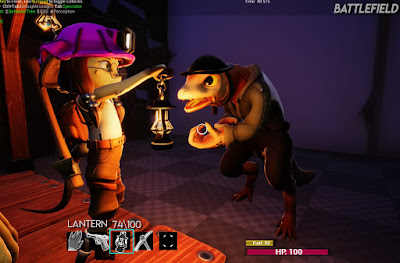 You can see the size difference isn't huge, but the "snek" is a lot longer and less vertical than Camille.

As I get closer to having him completed, i'll include some nice renders & animations! I'm hoping to have him incorporated into the next Multiplayer test so we can have some fun with his tail physics.

EDIT: Wanted to add some beauty shots :)
Posted by WestonM
Email ThisBlogThis!Share to TwitterShare to FacebookShare to Pinterest