As some of the game's followers might be aware, I was planning on launching the kickstarter in may 2021.
It was going to promise a slew of things like; new maps, new modes, and a new character.
I had a kickstarter trailer in the works, a developer interview video, and a huge update to go along side the launch to drum up some noise.
I decided to postpone, or 'cancel' all of these plans going forward. The game is still in development, but I can't make a kickstarter for something I'm questioning the authenticity for.
Here are my main reasons:

Social media is hard, and even if your game is good. There is a chance "no one" will play it.
And for a multiplayer game, that is a huge determent to the health of your game. (Free or not)

The game lacks outward appeal, there isn't a lot of flair, or spark in the game right now. An indie game that tweets 4 second long Gifs of their colorful platformer has more appeal than Fadeout does right now. And that's a huge issue for the future of the product.

Something I still promise to deliver is Mod support. However; Epic has made this difficult for Unreal 4 users. Requiring map modders to clone a git repo of a forked Engine build is NOT conducive to modding at all. (Answered by Tim Sweeny himself)

This is supposed to change in Unreal 5 to some extent, allowing scripting outside the game client, and loading assets during runtime. We will just have to wait and see which of the promises they keep.

If not, I will be seeking some crazy wizard Engineer and paying them my entire salary to make this happen. Its that important to me.

This wasn't promised in the kickstarter, it was actually cancelled. But the community's desire for PVE or "campaign" content is STRONG. Very strong, and its ironic that this game began as a singleplayer game to begin with.
I will be revisiting this, whether its a Co-Op mode in vein of MvM or something closer to the original blueprint like a Co-Op-able metroid prime style game. Not sure!

Unknown said…
Dam that's strong but understandable. It would also be fun to see a campaign mode and try it out but I would work on make g the game more notice for the time lime maybe asked a few nice people to help in getting it noticed
April 19, 2021 at 7:12 PM

WestonM said…
Its a rough day for me today breaking this news, but ultimately its the right thing to do.
April 19, 2021 at 7:41 PM 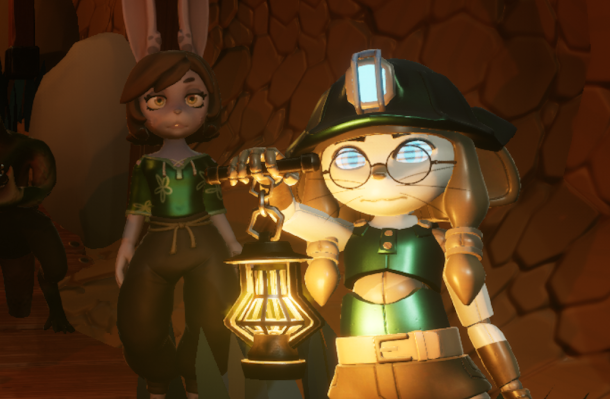